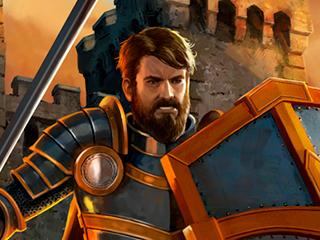 A STRATEGY BROWSER GAME FOR LEGENDS

In a war ravaged kingdom divided by three feuding factions, survival and

prosperity are the preserves of the strong. In Legends of Honor, walls rise and castles crumble in the blink of an eye, so gather your forces and prepare your heroes for battle! Combining fast-paced action with strategic empire building, Legends of Honor is an MMO browser game in which split second decisions can make all the difference between a glorious victory and a crushing defeat. However, not all wars are won on the battlefield, and your strategy for building a prosperous castle is just as important as your strategy for winning epic PvP battles. As lord of your castle, it falls on you to construct mighty buildings, recruit powerful soldiers, and ensure your walls are strong enough to withstand the onslaught of the bloodthirsty enemies who lay siege on your defenses. Do you have what it takes to become a Legend of Honor?

A MEDIEVAL WORLD TO BE CONQUERED

Legends of Honor’s combination of quick-fire, tactical combat, strategic building, and unit management ensures players must plan wisely and attack quickly, or else see their castle turn to dust. The expansive medieval world map of Legends of Honor allows for natural movement and in-depth battle planning, with your soldiers receiving attack bonuses and defense penalties depending on the terrain. Heroes can hide in forests to ambush enemies, or climb hills to survey the surrounding lands from above and watch out for enemies approaching. But in this browser game, you needn‘t ever fight alone. Pledge your allegiance to one of the three noble factions, forge powerful alliances with players from around the world, and use your combined strength to triumph in deadly PvP battles that define this medieval landscape.

Fight alongside and against players from around the world

Forge powerful alliances and crush your enemies in PvP combat