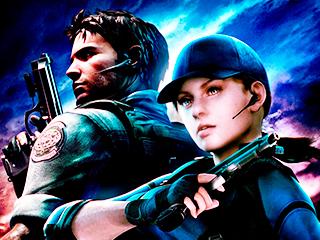 Alien Shooter – The Original, and Arguably the best

isn’t just your typical alien action shooting game, however, and you must be warned; your mind is about to experience a brain-blasting venture to save the world from a highly revolutionized, invasive, and merciless species of extraterrestrials whose aim is to take over the world, unless you can bring them down first.

The character of your choice will find itself in several unique scenes, from hospitals under attack wherein it’s your responsibility to save the world’s medical professionals, to open city scenes where blood and guts are bursting like fireworks at the screen. Use machine guns and laser blasters to counter whole armies of aliens before they escape their staging area. The fate of humanity is all in your hands, and you must prevent the aliens from finding their way into the light of day.

If you’re looking for a super-high graphic action gaming experience with crisp characters and landscapes, you’re found the wrong game. Actually, Alien Shooter is way better; it’s the modern gamers’ old-school utopia, throwing you back in time to the days of joysticks and sheer originality. Alien Shooter is one of those addictive games that you will be unable to put down. It’s tough to beat, with several level changes; but it’s hilarious to watch and feel like you’ve found a time machine blasting you into the past when gaming was simpler yet far more distinguished than modern counterparts.

Alien Shooter has tons to offer its players; including ten levels of exhilarating missions that are tougher and tougher to conquer the more you progress through this unique world. On top of that, players have the choice of choosing from 9 different weapons, all with diverse advantages, making the choice between them difficult. You will undoubtedly want to see the character of your choice demolishing those aliens with each and every one of them. Aliens aren’t the only menaces you will have to ward off, however. Alien Shooter is prepared to bring on the heat and increase each level’s difficulty with 6 types of unique and unmatched monsters.

Take a step back to when shoot 'em up’s were all about the adrenaline, and get playing Alien Shooter today – you’re sure to love it. Once you’ve completed this monster of a game, there’s always the sequel – Alien Shooter 2 to try next!