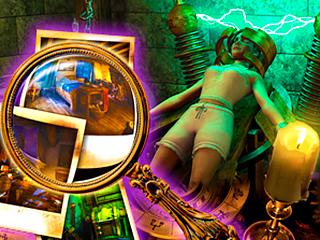 Brad is looking for his wife, Janet, who has disappeared for a few months. After a long

search, his quest leads him to Bavaria, near a manor house where his car breaks down. Brad discovers that the house is owned by a weird scientist: Lord Albrecht von Frankenstein. Janet has been his last "experiment". She's still alive...

Save Janet from Frankenstein!