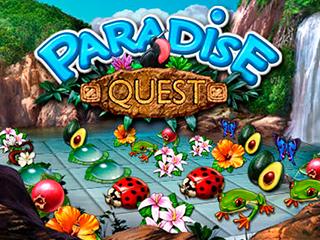 as Dr. Evan Finch to re-establish life in this once magnificent and flourishing retreat. Embark on a wild puzzle adventure as you revive lush vegetation, restore a mighty animal kingdom, photograph its renewal, and recover the secrets of a lost island in Paradise Quest.

Restore life to a once-flourishing island with majestic animals

Collect resources to revive the lush vegetation and photograph its renewal

Uncover secrets of a civilization as you wander the island