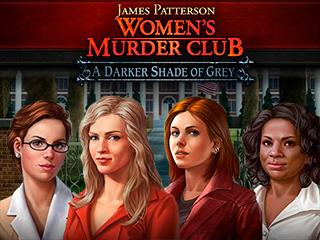 in Women's Murder Club: A Darker Shade of Grey. Players will wrap themselves in an intense crime scene while assisting the famed heroines of Women's Murder Club as they uncover years of corruption, cover-up and conspiracy within a prestigious Military Academy in South Carolina.