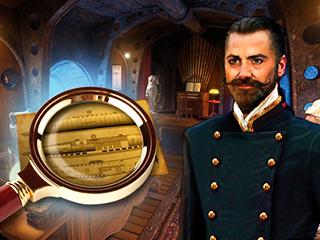 and the harpoonist Ned Land are captured by Captain Nemo, who travels the world's oceans on board the Nautilus submarine. Although impressed by the beauty of the seabed, our three friends hope to escape and return to their lives on dry land. But Captain Nemo thinks otherwise... Can you help them escape?