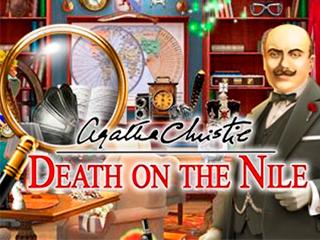 Agatha Christie: Death on the Nile

as supersleuth Hercule Poirot, it's up to you to solve the shocking mystery as you sail along the exotic Nile River. As you start your interrogation, you begin to uncover each passenger's secret motive and realize that everyone is a suspect. Was it the betrayed maid, the disgraced writer, the jealous former fiance - or someone else?