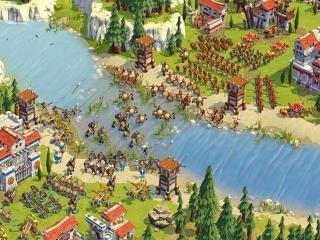 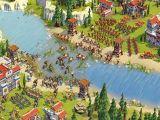 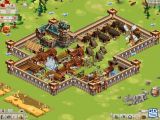 Goodgame Empire – Build your fortress and crush your foes

Are you the kind of gamer that loves strategy games but craves a bit of action? Well, if you are then

this release will unequivocally blow off your mind.

Packaged with some of the most intriguing features for strategy games, the game is tiered to offer you a smooth gaming experience with unlimited possibilities on the long haul.

Though the game may appear to pretty similar to games such as Age of Empires, this is not the case, although if you’re looking for something a bit more city-based, you’d be wise to take a look at Megapolis too. So, what defines Goodgame Empire? The motive is to basically expand your little fortress as a lord to become the capital of an entire kingdom. At the same time, you are at liberty to join forces with allies and decimate your enemies in unison – a facet that make this much more realistic.

As you are playing, you will be presented with an army, packaged with a variety of characters, from those with melee attacks to more advanced ones. In a bid to shake the usual strategy game format up a little, there is a realistic dynamic world map for you to explore as well as variant global economic systems. The alliance feature also makes Goodgame Empire stand out against other strategy and time management based games.

Forming alliances and avoiding your enemies – the perfect strategy game

The world map in Goodgame Empire proves to be really handy when it comes to forming alliances as it offers you a neat overlay of your surroundings. From here, you can quickly select your allies and make treaties with one another. It is also helpful in the sense that you are presented with enemies surrounding you so as to help you strategize more effectively.

There is also the empire management section, which allows you to manage your empire. You have a help button in the form of a question mark to give you a little helping hand you when stuck, and in addition to this, there are also a variety of characters at the bottom of the screen- each having some remainder value appended to them. You can also modify your right and left flank as well as the front of your castle.

In short, Goodgame Empire certainly lives up to its name. Combining strategy and action gaming seamlessly to provide hours of fun building your own empire and destroying your enemies – what’s not to love!?

An economic system with different resources

Combat against other players and an alliance system