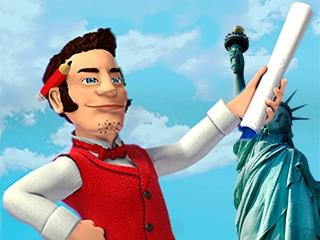 Construct the world's most famous statue for all to see in Monument Builders - Statue of Liberty,

a magnificent new building challenge. While it was designed and cast in France, the major part of construction was held in New York where it now stands. There, engineers and workers remained at the ready, waiting for you to guide them through the building process.

Over 50 levels to conquer

Manage your workers and resources

Learn facts about the Statue of Liberty