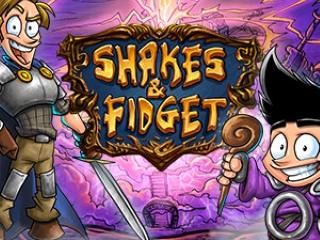 as well as customizable heroes, the cult-comic-book-  style game has everything that MMO players  desire. Shakes & Fidget is available to play by its 65 million registered players in 21 languages.